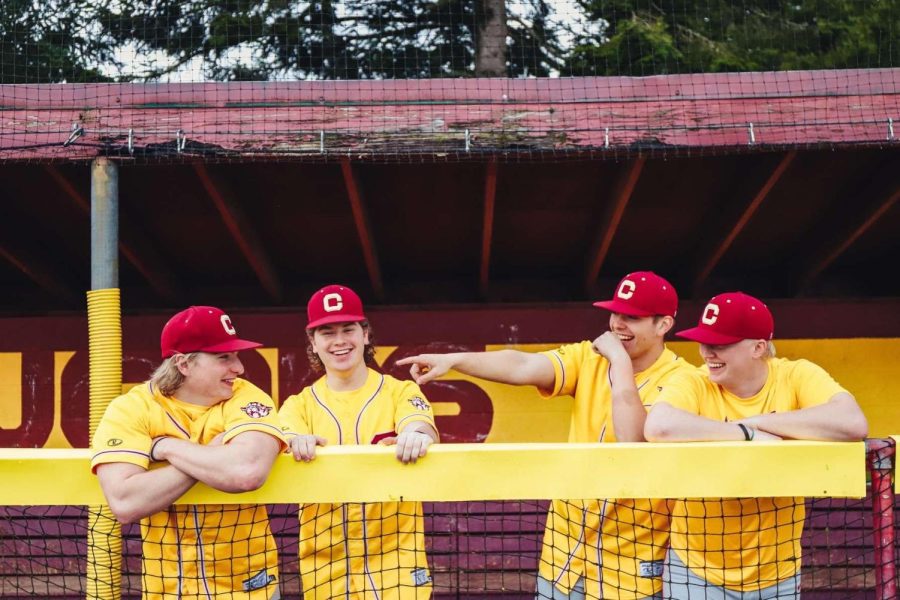 Capital High School baseball has seen great success in their long running history as a sports team. Last season they finished with an 10-4 overall record, and a 8-2 league record. The team lost their first two league games of the season, but finished out the season with 8 consecutive back to back.

That team included four First Team All-League players; Three of them were seniors, Kolby Kero, Cooper Shultz, and Mitch Armstrong. The only one of them returning this year is star pitcher Kayden Dawson. This left a lot of open spots on Capital’s roster and has made the team’s core much younger, leaving many wondering if they will be able to top last year’s impressive record.

With such a young team, head coach Brian Shannon has a lot on his plate this season. Trying to build momentum off of last year’s good season is very hard when you only have a few returning players. The team consists of a total 13 players, seven being freshman and sophomores, four seniors, and only two juniors.

Capital is currently halfway through their season, with a 6-5 record so far and impressive wins against Yelm, Gig Harbor, and Lake Washington.

Kayden Dawson, star pitcher and senior, gave me his insight before the season started on his expectations for the season.

“We will compete this year for sure, but it will be huge for the older guys to be good leaders, given that we have seven freshmen and sophomores on Varsity.”

I asked Dawson if he believes this team can top the 8-2 record they put up last year, he said, “I mean, we play 20 games this season, so we would have to be 16-4. That’s gonna be hard, but that’s the goal. 16-4 is the goal.” Dawson is looking to secure a 2nd straight first team All-League appearance.

After interviewing Dawson, I also got the chance to interview Capital’s catcher TJ O’Sullivan. TJ is also a senior who has spent all 4 years playing for Capital. The first question I asked TJ was what his expectations were for the season, “I think we should be pretty successful in our league. We have a lot of talent in the program right now and young guys who are building everything up from the bottom.”

I also asked TJ if he thinks they can top the 8-2 record Capital put up last year. TJ gave a very confident response, “I really believe we can, I believe we have the talent to win every game this year.” He seemed super confident in this team and their abilities.

My last question to Kayden and TJ was, what advice would you give younger kids who are trying to play Varsity Baseball at Capital?

TJ said, “My advice to younger players would be to just enjoy every moment you have on the field with your teammates and don’t take anything for granted whether you’re winning or losing a game, just remember that it’s a game and it is all about having fun.” Living in the moment and enjoying every second of the experience is one of the most important things in not just High School, but it applies to everyday life as well.

Kayden told me, “Have a good mindset. You always have to have a good mindset playing baseball because you fail 7/10 times, and you’re amazing at baseball, just, slumps happen, stuff happens but just keep your head straight and stay consistent and you’ll be fine.” Both of these players know what they are talking about. Capital has some amazing talent and the program is in great hands for the coming years.