Thoughts on the 2021 Sounders Season 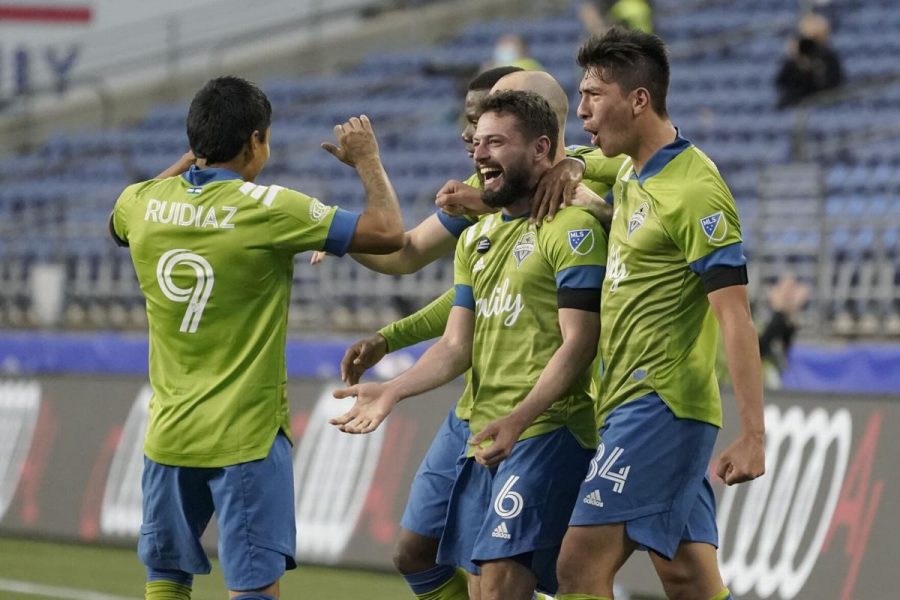 After 118 long and Sounder-less days, we are finally back! The 2021 MLS season kicked off on April 16, and Seattle began by routing Minnesota United in a rematch of last year’s Western Conference Final. As an avid Sounders fan, I am very excited to get this season going. Last year was a weird season, and I think Seattle really showed up….until MLS Cup. Watching them get blown out by Columbus was not a pleasant experience, so instead, let’s look forward to this upcoming season!

With every offseason comes turnover, and this year was no different.  This year’s team feels like we are just missing some people. The team lost Jordan Morris, Kelvin Leerdam, Gustav Svensson, and Joevin Jones among others. Morris was loaned out to Swansea City of the EFL Championship in January, but tore his ACL after only several games. Out of the remaining three, I am going to miss Svensson the most. He was a force in the defensive midfield and got that late winner in the conference final. Leerdam was a solid outside back, but he can be replaced, and honestly, I did not care too much for Jones.

Enough with the dearly departed. The marquee signing this offseason has definitely been the return club legend Fredy Montero. He is the team’s all-time leading scorer, and I think he’ll make a big impact this year, especially when paired with Will Bruin or Raul Ruidiaz. Coach Schmetzer also seems to be focusing on bringing up his Defiance and Academy players. In previous years, Schmetzer has not been as generous with playing time to his young players, but the lack of veteran signings shows that he has faith in his current group.

As for how the season will go? The Sounders, despite losing an impactful group of players, still have a strong core to work around. The veteran presence is still very strong and will lead the group of young players well. I think that the team will start out rather average, then sign a player in the prime over the summer, and storm up the standings into the playoffs. This has somewhat been the norm for Sounders over the past few seasons. As a fan, I find this quite irritating. Nobody wants to watch their team slog through a mediocre summer stretch. But hey, they roll into the playoffs with tons of momentum, so I guess that is a positive. The summer signings before a playoff push is also a tried and proven strategy for the team.

The big question remains: will the Sounders make it back to MLS Cup? I am going to have to say yes, and if not, then they will reach the conference finals. Year in and year out, the Sounders consistently push past early and mid-season struggles to excel in the fall. No matter how poor they begin, they always manage to win when it counts, and it shocks me every time. I probably should not be surprised at their continued playoff success, but I am. We should all just stop doubting and being shocked when the Sounders make it to their fifth MLS Cup in six years.

Yes, the Sounders have experienced turnover and injuries, but I still think that they will have a very successful season. They always do, and as a fan I am very spoiled to have such a consistent team to support. I am really looking forward to Friday and the start of the season. MLS has grown to 27 teams now, and the level of play will increase, but the Sounders will still reign supreme!