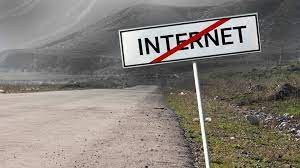 An issue that I feel is largely glossed over that is very personal to me is limited internet access during the current distance learning situation. Ever since I moved, in middle school, I’ve had very poor internet at home, to the point where I am unable to even join zoom. Obviously, this was much less a problem so much as an inconvenience up until covid hit. But having to either go to someone else’s house for internet access for zooms or a random parking lot is anything but convenient.

The early learning model that was originally in place lent itself to be much more accessible to students in situations like this. Having assignments given out weekly due at the end of the week with students being able to work at their own pace. Obviously, that style of learning is far less in depth than having zoom classes with direct instruction, but I don’t think kids are learning a whole lot with or without the zoom just because they aren’t in person. A zoom class does not remove the element of how easily students can share work, look up answers, or get distracted by their phones or other things going on at home. In all honesty, I think having an assigned work time during class is less effective at getting students to do their work because they are often distracted during the class and don’t get much done, and even still later on they’ll forget about that work and come back to it at the last minute. When students are able to make the time in their day to do work and do it at their own pace they are much less likely to get sidetracked.

Obviously, the Hybrid Learning scheme solves many of these problems aside from homework which begs the question: if learning is so diminished, what is the point of having things like homework and trying to push students so hard? Seniors have their last year of high school ever and there could be an argument to be made that letting them have as much free time as possible and some sense of normalcy would serve them better than cramming meaningless work down their throats just to meet certain criteria and make teachers feel like they’re doing their job.

What becomes of students in a distance learning environment with limited internet.