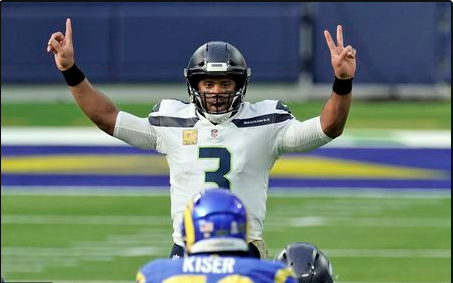 The Seattle Seahawks are currently on track to be in the lead for the NFC West (National Football Conference; West Division), however it depends on the Rams game tonight. The Seahawks recently have started the season with a 5-0 win streak for the first time in franchise history. Russell Wilson is also on track to become MVP (Most Valuable Player) as well so this season started incredibly well.

How does this apply to you? The Seahawks are the only NFL team in the state of Washington. So if you are a Washingtonian, and you enjoy football, then the Seahawks are the team for you. And of course since they are doing abnormally well this season then that makes it important. Currently, the Seahawks are now 7-3 which is second place in the NFC, only behind the New Orleans Saints.

As of last week, there was a three-way tie in the NFC West between the Rams, Cardinals, and the Seahawks. How will it be broken? Believe it or not, according to the NFL’s tie-breaking guidelines, there are 12 procedures in order to break a tie, all must be followed in order. Ties are first decided through head-to-head matchups meaning anytime the teams have played against each other. It then comes down to division record; if the record is the same then it goes down to win-loss percentage. If the win-loss percentage is the same then it would go to conference wins. After this, it goes to strength of victory (meaning how hard were the teams that they won against). After that, it is the strength of schedule (how hard were the teams that you played all year). After about 5 more tiebreakers, it all comes down to rule number 12, which is a coin toss. Yes, this comes straight from the NFL’s own website, meaning that at some point some team may have their playoff dreams crushed because of a coin toss.

But fear not, as there is still plenty of the season left to go where it most likely will not come down a coin flip. If the season ended last week, who would win the NFC West in this three-way tie? The Seahawks would be in third place because of the division record since both the Rams and Cardinals have better division records than the Seahawks. As Pete Carroll once said, “I always think something good is about to happen”.